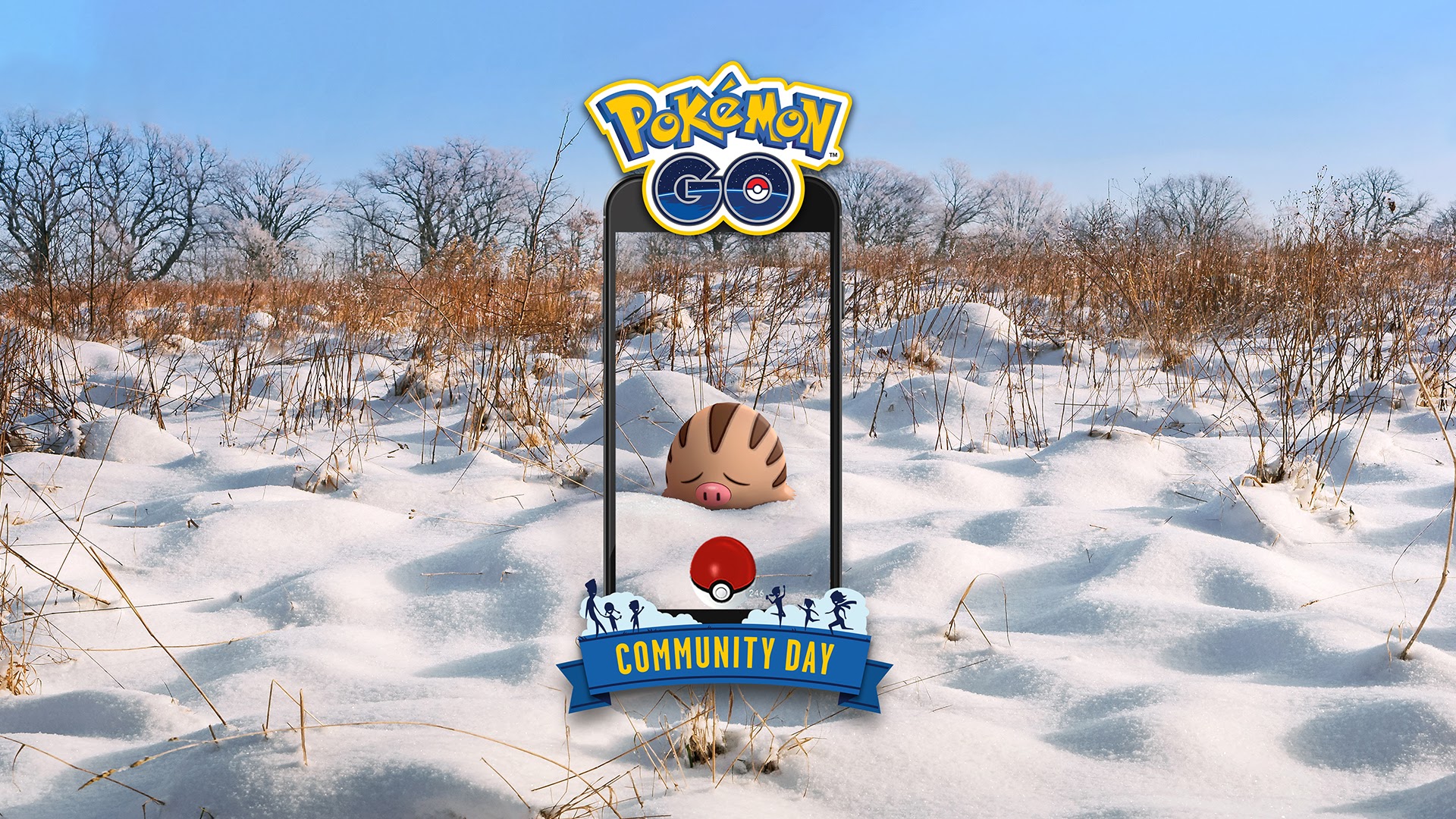 Mark your calendar because February 2019’s Community Day has been revealed! While most of us were expecting a Hoenn Pokemon like Bagon, Slakoth or Ralts, Niantic have sprung a surprise by going for Swinub. Its the first Pokemon to not be a starter or in the 10km egg group to get its own Community Day. However it does have a 2 stage evolution line in Generation 4. This means we’re getting its second stage evolution Mamoswine with this event, possibly earlier depending the schedule.

However you ought to hold on to your Piloswines until the event commences so they’ll get the event exclusive moves when they evolve. What that move is will only be revealed closer to the event date. I’m pretty excited for this, whether its an Ice or Ground move will definitely shake up the metagame as Mamoswine is expected to be one of the top Pokemon in the game.

Speaking of which, the event will be held over the weekend of February 16/17, just a little over 3 weeks from now. Those living in the Americas and Greenland will get to catch Swinub on 16th Februart 2019 from 2pm to 5pm EST. People living in Asia(excluding India) and Australia will have their chance from 12pm to 3pm JST on 17th Februrary 2019. The rest of the world will have the event held from 10am to 1pm GMT on 16th February 2019.

Now for the bonuses. The 3 hour lures will still be around and after getting reduced egg hatch distance, we get triple stardust from catches. Great for when you need to power up your Pokemon, and you probably will want to do so for the Mamoswines you have at the end of it. You’ll also get the event exclusive move, available from the moment it starts to one hour after it ends. Mamoswine will require Sinnoh Stones to evolve so for the event, you can expect to get up to 5 Sinnoh Stones from PvP battles. You also can start saving up before the event so you don’t have to risk it.

Finally, what do I think of this? This is an unexpected but welcome surprise. I still want a Bagon day so I can get my first Salamence but then I do need a good Ground type, or Ice type. It would be great if they follow up Swinub day with a Rayquaza 3 hour event so we can use them to catch it. Needing Sinnoh Stones to evolve it will frustrate players who haven’t been able to get them but at least Niantic have increased the chances of getting one during the event. Many of us would like to evolve multiple Pokemon of the same species so we can have a really strong line up so getting more Sinnoh Stones will be paramount.

5 thoughts on “Swinub Day is Coming!”